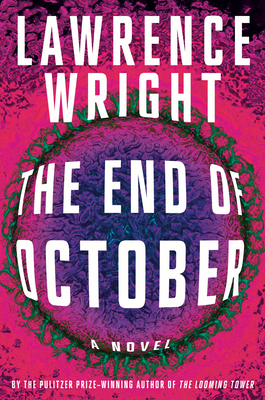 There is more than one author with this name

Lawrence Wright is a Pulitzer Prize-winning American author, screenwriter, staff writer for The New Yorker magazine, and fellow at the Center for Law and Security at the New York University School of Law. He is a graduate of Tulane University, and for two years taught at the American University in Cairo in Egypt.

Wright graduated from Woodrow Wilson High School (Dallas, Texas) in 1965 and, in 2009, was inducted into Woodrow's Hall of Fame.

Wright is the author of six books, but is best known for his 2006 book, The Looming Tower: Al Qaeda and the Road to 9/11. A quick bestseller, The Looming Tower was awarded the J. Anthony Lukas Book Prize, the 2007 Pulitzer Prize for General Nonfiction, and is frequently referenced by media pundits as an excellent source of background information on Al Qaeda and the September 11 attacks. The book's title is a phrase from the Quran: "Wherever you are, death will find you, even in the looming tower," which Osama bin Laden quoted three times in a videotaped speech seen as directed to the 9/11 hijackers.

Among Wright's other books is Remembering Satan: A Tragic Case of Recovered Memory (1994), about the Paul Ingram false memory case. On June 7, 1996, Wright testified at Ingram's pardon hearing.

Wright also co-wrote the screenplay for the film The Siege (1998), which told the story of a terrorist attack in New York City that led to curtailed civil liberties and rounding up of Arab-Americans.

A script that Wright originally wrote for Oliver Stone was turned instead into a well-regarded Showtime movie, Noriega: God's Favorite (2000).

A documentary featuring Wright, My Trip to Al-Qaeda, premiered on HBO in September 2010. Based on his journeys and experience in the Middle East during his research for The Looming Tower, My Trip to Al-Qaeda covers topics ranging from the current state of the regime in Saudi Arabia to the historic underpinnings of 9/11.