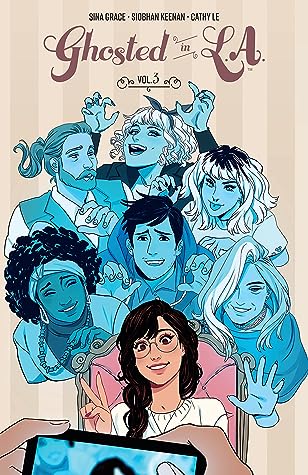 Sina Graces parents had big plans for their son: Ivy League schooling, professional credentials, a 6-figure income as a doctor the works! Fortunately for us, he found the wonderful world of comics instead. It was in this world of contradictions that he matured, one foot teetering on the edge of academia, the other drawn to the inescapable grasp of an ink-bound fantasy underworld.

At 14, Grace seemingly appeased his parents by interning at Top Cow Productions, under the guidance of Editor-in-Chief Renae Geerlings (his single mother figured at least he was collecting college credit). However the only thing he was collecting (other than comics), was the compulsive habit of drawing unrealistically proportioned, scantily clad women.

At 16, he got a perpetual summer-time job at the Santa Monica landmark: Hi De Ho Comics, where he would be inspired to create Books with Pictures. By 17 he wrote, drew, and self-published his first comic, The Roller-Derby Robo-Dykes versus the Cannibals. His knowledge of disproportionate harlots with weapons came in handy when depicting a story about Robo-Dykes bent on taking over the world. His mother was happy that he was taking interest in girls. The book went into a second printing, and received the praise of Lying in the Gutters critic, Rich Johnston.

Weeks after graduating high school, he was asked by Rilo Kiley front-woman Jenny Lewis to illustrate a limited edition comic book adaptation of their 2004 record, More Adventurous. In the spring of 2006 he was asked to apprentice under comics genius, Howard Chaykin (even though it may not be apparent in Books with Pictures, Grace did learn the function of a ruler and the meaning of a vanishing point).

Between the summers of 2005 and 06, Graces partially-biographical indie dramedy, Books with Pictures, went from hand-xeroxed zines to full-fledged, full-sized comic books. Shortly after its debut at San Diego Comic-Con, Diamond Distributors accepted the series into their ordering catalogue, Previews. Graces work on the series was met with admiration from bloggers and reviewers alike, and has since taken on several projects for multiple anthologies due in late 2008.

To his parents delight, he graduated from the University of California, Santa Cruz, receiving an undergraduate degree in Literature, with an emphasis on Creative Writing.

Sina Grace recently self-published an illustrated novel about a sorcerer sleuth in Orange County, aptly named Cedric Hollows in Dial M for Magic, his next project will be providing illustrations for Amber Bensons novel, Among the Ghosts, through Aladdin Books.