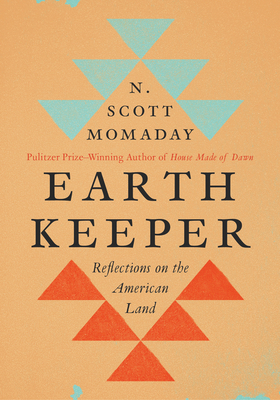 N. Scott Momaday's baritone voice booms from any stage. The listener, whether at the United Nations in New York City or next to the radio at home, is transported through time, known as 'kairos"and space to Oklahoma near Carnegie, to the "sacred, red earth" of Momaday's tribe.

Born Feb. 27, 1934, Momaday's most famous book remains 1969's House Made of Dawn, the story of a Pueblo boy torn between the modern and traditional worlds, for which he won a Pulitzer Prize and was honored by his tribe. He is a member of the Kiowa Gourd Dance Society. He is also a Regents Professor of Humanities at the University of Arizona, and has published other novels, memoir, plays and poetry. He's been called the dean of American Indian writers, and he has influenced other contemporary Native American writers from Paula Gunn Allen to Louise Erdrich.

Momaday views his writings, published in various books over the years, as one continuous story. Influences on his writing include literature of America and Europe and the stories of the Kiowa and other tribal peoples.

"Native Americans have a unique identity," Momaday told Native Peoples Magazine in 1998. "It was acquired over many thousands of years, and it is the most valuable thing they have. It is their essence and it must not be lost."

"In the oral tradition," Momaday has said, "stories are not told merely to entertain or instruct. They are told to be believed. Stories are realities lived and believed."