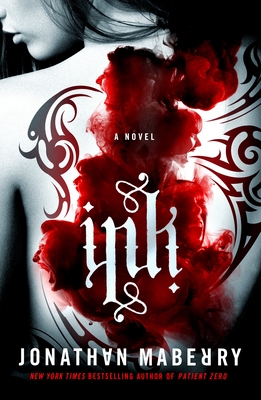 His thrillers include The Joe Ledger Thrillers from St. Martins Griffin (PATIENT ZERO, 2009, winner of the Black Quill and a Bram Stoker Award finalist for Best Novel; EXTINCTION MACHINE, (2013; now in development for TV by SONY); PREDATOR ONE, and others. His first middle grade novel, THE NIGHTSIDERS BOOK 1: THE ORPHAN ARMY, was named one the 100 Best Books for Children 2015, with a sequel, VAULT OF SHADOWS debuting this year from Simon & Schuster. His standalone teen science fiction novel, MARS ONE, is in development for film by Zucker Productions and Lone Tree Entertainment. His upcoming standalone suspense novel, GLIMPSE, has gotten advance praise from Clive Barker, Scott Smith, James Rollins, Heather Graham and Charlaine Harris.

Jonathan and colleague #1 NY Times bestseller Kami Garcia (Beautiful Creatures) each wrote an X-FILES ORIGINS novel for teens; with Kami focusing on Fox Mulder in AGENT OF CHAOS; and Jonathan telling the backstory of young Dana Scully in DEVILS ADVOCATE.

Jonathan is the creator, editor and co-author of V-WARS, a shared-world vampire anthology from IDW, and its sequels, V-WARS: BLOOD AND FIRE, V-WARS: NIGHT TERRORS, and V-WARS. And he writes a best-selling monthly V-WARS comic. A board game version of V-Wars was released in 2017; and the series is in development for TV by IDW Media.

He is also the editor of the dark fantasy anthology series, OUT OF TUNE (JournalStone), a series of THE X-FILES anthologies which launched in 2015; SCARY OUT THERE, an anthology of horror for teens; and the anthologies ALIENS: BUG HUNT, NIGHTS OF THE LIVING DEAD (with George Romero), JOE LEDGER UNSTOPPABLE (with Bryan Thomas Schmidt) and two volumes of mysteries: ALTERNATE SHERLOCKS and THE GAMES AFOOT (with Michael Ventrella).

Jonathan was an expert on the History Channel documentary series, ZOMBIES: A Living History and TRUE MONSTERS. And he was participated in the commentary tracks for NIGHT OF THE LIVING DEAD: REANIMATED.

His many nonfiction works include VAMPIRE UNIVERSE (Citadel Press, 2006); THE CRYPTOPEDIA (Citadel, 2007 winner of the Bram Stoker Award for Outstanding Achievement in Nonfiction; co-authored by David F. Kramer); ZOMBIE CSU: The Forensics of the Living Dead (Winner of the Hinzman and Black Quill Awards and finalist for a St