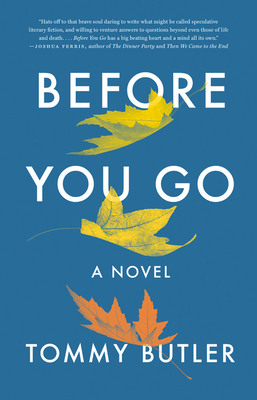 Tommy Butler was raised in Stamford, Connecticut, and has since called many places home, including New Hampshire, San Diego, Boston, New York City, and San Francisco. A graduate of Dartmouth College and Harvard Law School, he was a Peter Taylor Fellow at the Kenyon Review Writers Workshop and is an alumnus of the Screenwriters Colony. His feature screenplay, Etopia, was the winner of Showtime's Tony Cox Screenplay Competition at the Nantucket Film Festival.