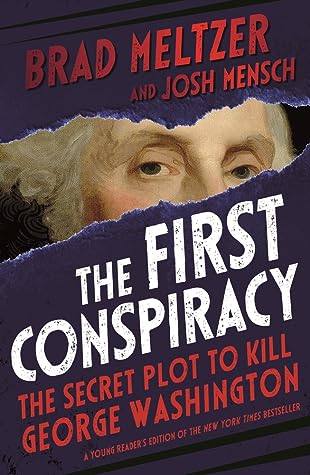 Brad Meltzer is the #1New York Timesbestsellingauthor ofThe Inner Circle,The Book of Fate, and nine other bestselling thrillers includingThe Tenth Justice,The First Counsel,The Millionaires, andThe Presidents Shadow.His newest book,The Escape Artist, debuted at #1 on the bestseller list.
In addition to his fiction, Brad is one of the only authors to ever have books on the bestseller list for Non-Fiction (History Decoded), Advice (Heroes for My SonandHeroes for My Daughter), Childrens Books (I Am Amelia EarhartandI Am Abraham Lincoln) and even comic books (Justice League of America), for which he won the prestigious Eisner Award.
His newest thriller, The Escape Artist,introduces Nola and Zig,brand new charactersin asetting that will blow your mind (you won't believe where the government let Brad go). For now, we'll say this:Nola is dead. Everyone says she's dead. But Jim "Zig"Zigarowski just found out the truth:Nola is alive. And on the run.Together, Nola and Zig will reveal a centuries old secret that traces back the greatest escape artist of all:Harry Houdini.
Raised in Brooklyn and Miami, Brad is a graduate of the University of Michigan and Columbia Law School.The Tenth Justicewas his first published work and became an instant New York Times bestseller.Dead Evenfollowed a year later and also hit the New York Times bestseller list, as have all eight of his novels.The First Counselcame next, which was about a White House lawyer dating the Presidents daughter, thenThe Millionaires, which was about two brothers who steal money and go on the run.The Zero Gameis about two Congressional staffers who are literally gambling on Congress.The Book of Fate, is about a young presidential aide, a crazed assassin, and the 200 year-old code created by Thomas Jefferson that ties them together. For authenticity, The Book of Fate, was researched with the help of former Presidents Clinton and Bush.The Book of Lies, is about the missing murder weapon that Cain used to kill Abel, as well as the unsolved murder of Superman creator Jerry Siegels father. Brad is one of the only people to interview Jerry Siegels family about the murder and, with his charitable sitewww.OrdinaryPeopleChangeTheWorld.com, has been the driving force behind the movement to repair the house where Superman was created.
His bookThe Inner Circle(and its sequels,The Fifth AssassinandThe Presidents Shadow) is based the idea that George Washingtons personal spy ring still exists today. A young archivist in the National Archives finds out the spy ring is still around. He doesnt know who they work for but the greatest secret of the Presidency is about to be revealed. While researching the book, former President George HW Bush also gave Brad, for the very first time, the secret letter he left for Bill Clinton in the Oval Office desk. Oh, and yes, Brad was recruited by the Department of Homeland Security to brainstorm different ways that terrorists might attack the US.
His books have spent over a year on the bestseller lists, and have been translated into over 25 languages, from Hebrew to Bulgarian.
Brad has played himself as an extra in Woody Allens Celebrity, co-wrote the swearing in oath for AmeriCorps, the national service program, and earned credit from Columbia Law School for writing his first book, which becameThe Tenth Justice. Before all of that, he got 24 rejection letters for his true first novel, which still sits on his shelf, published by Kinkos.
Brad currently lives in Florida with his wife, whos also an attorney.