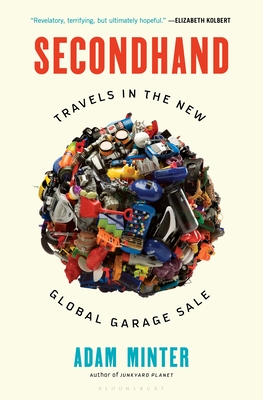 Adam Minter is a columnist at Bloomberg Opinion where he writes about China, technology, and the environment. He is the author of Junkyard Planet: Travels in the Billion-Dollar Trash Trade, a critically-acclaimed bestselling insiders account of the hidden world of globalized recycling, and the forthcoming Secondhand: Travels in the New Global Garage Sale.

Adam has covered the global recycling industry for almost two decades. In 2002, he began a series of groundbreaking investigative pieces on Chinas emerging recycling industries for Scrap and Recycling International. Since then, he has been cited, quoted, and interviewed on recycling and waste by a range of international media, most recently The New York Times, Vice, NPR, BBC, The Huffington Post, and CBC. He regularly speaks to groups about the global waste and recycling trade including colleges, universities, trade groups, TEDx, and an invited lecture to the Royal Geographic Society in London.