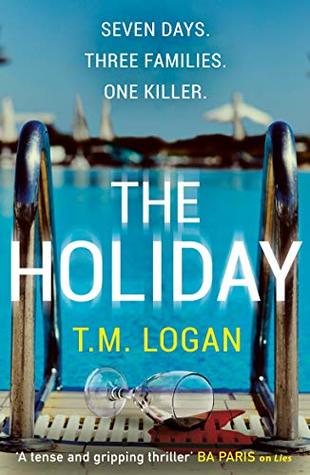 Tims thrillers have sold more than 900,000 copies in the UK and are published in 19 countries around the world including the USA, South Korea, Italy, Spain, Portugal, Poland, Hungary, Serbia, Romania and the Netherlands.

His debut thriller LIES was one of Amazons biggest selling e-books of 2017 and was followed by 29 SECONDS in 2018. THE HOLIDAY was a Richard & Judy Book Club pick for summer 2019 and spent ten weeks in the Sunday Times paperback top ten.

His latest novel, THE CATCH, is about a father who becomes convinced his daughter is about to marry a man with terrible secrets. His forthcoming thriller, TRUST ME, will be published in the UK on March 18th, 2021.

Tim was born in Berkshire and studied in London and Cardiff before becoming a national newspaper journalist. He lives in Nottinghamshire with his wife and two children, and writes in a cabin at the bottom of his garden.

For exclusive writing and new releases from TM Logan, sign up to the Readers Club: www.bit.ly/TMLogan.