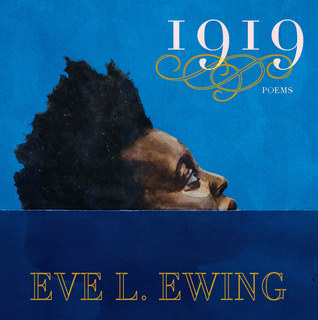 Dr. Eve Louise Ewing is a writer and a sociologist of education from Chicago. Ewing is a prolific writer across multiple genres. Her 2018 book Ghosts in the Schoolyard: Racism & School Closings on Chicago's South Side explores the relationship between the closing of public schools and the structural history of race and racism in Chicago's Bronzeville community.

Ewing's first collection of poetry, essays, and visual art, Electric Arches, was published by Haymarket Books in 2017. Her second collection, 1919, tells the story of the race riot that rocked Chicago in the summer of that year. Her first book for elementary readers, Maya and the Robot, is forthcoming in 2020 from Kokila, an imprint of Penguin Random House.

Her work has been published in many venues, including The New Yorker, The New York Times, The Atlantic, The Nation, The Washington Post, The New Republic, Poetry Magazine, and the anthology American Journal: Fifty Poems for Our Time, curated by Tracy K. Smith, Poet Laureate of the United States. With Nate Marshall, she co-wrote the play No Blue Memories: The Life of Gwendolyn Brooks, produced by Manual Cinema and commissioned by the Poetry Foundation. She also currently writes the Champions series for Marvel Comics and previously wrote the acclaimed Ironheart series, as well as other projects.