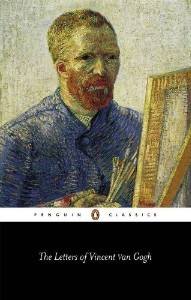 Vincent Willem van Gogh, for whom color was the chief symbol of expression, was born in Groot-Zundert, Holland. The son of a pastor, brought up in a religious and cultured atmosphere, Vincent was highly emotional and lacked self-confidence. Between 1860 and 1880, when he finally decided to become an artist, van Gogh had had two unsuitable and unhappy romances and had worked unsuccessfully as a clerk in a bookstore, an art salesman, and a preacher in the Borinage (a dreary mining district in Belgium), where he was dismissed for overzealousness. He remained in Belgium to study art, determined to give happiness by creating beauty. The works of his early Dutch period are somber-toned, sharply lit, genre paintings of which the most famous is "The Potato Eaters" (1885). In that year van Gogh went to Antwerp where he discovered the works of Rubens and purchased many Japanese prints.

In 1886 he went to Paris to join his brother Tho, the manager of Goupil's gallery. In Paris, van Gogh studied with Cormon, inevitably met Pissarro, Monet, and Gauguin, and began to lighten his very dark palette and to paint in the short brushstrokes of the Impressionists. His nervous temperament made him a difficult companion and night-long discussions combined with painting all day undermined his health. He decided to go south to Arles where he hoped his friends would join him and help found a school of art. Gauguin did join him but with disastrous results. In a fit of epilepsy, van Gogh pursued his friend with an open razor, was stopped by Gauguin, but ended up cutting a portion of his ear lobe off. Van Gogh then began to alternate between fits of madness and lucidity and was sent to the asylum in Saint-Remy for treatment.

In May of 1890, he seemed much better and went to live in Auvers-sur-Oise under the watchful eye of Dr. Gachet. Two months later he was dead, having shot himself "for the good of all." During his brief career he had sold one painting. Van Gogh's finest works were produced in less than three years in a technique that grew more and more impassioned in brushstroke, in symbolic and intense color, in surface tension, and in the movement and vibration of form and line. Van Gogh's inimitable fusion of form and content is powerful; dramatic, lyrically rhythmic, imaginative, and emotional, for the artist was completely absorbed in the effort to explain either his struggle against madness or his comprehension of the spiritual essence of man and nature.