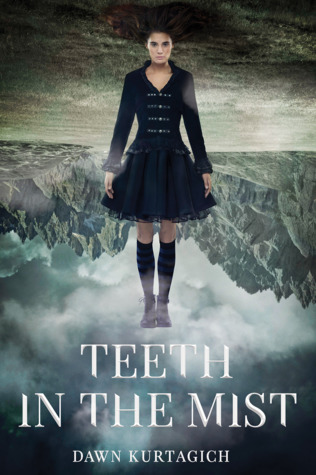 Dawn Kurtagich is a writer of creepy, spooky and psychologically sinister YA fiction, where girls may descend into madness, boys may see monsters in men, and grown-ups may have something to hide. Her debut YA novel, THE DEAD HOUSE, was called "an evil and original story" by bestselling author R.L Stine and ""...a haunting new thriller..." by Entertainment Weekly. Her second novel, AND THE TREES CREPT IN (US) / THE CREEPER MAN (UK) received two starred reviews and was called "A must-read for horror fans everywhere! by bestselling author, Susan Dennard, while Kirkus called it "frightening and compelling".

By the time she was eighteen, Dawn had been to fifteen schools across two continents. The daughter of a British globe-trotter and single mother, she grew up all over the place, but her formative years were spent in Africaon a mission, in the bush, in the city and in the desert.

She has been lucky enough to see an elephant stampede at close range, a giraffe tongue at very close range, and she once witnessed the stealing of her (and her friends) underwear by very large, angry baboons. (This will most definitely end up in a book . . . ) While she has quite a few tales to tell about the jumping African baboon spider, she tends to save these for Halloween!