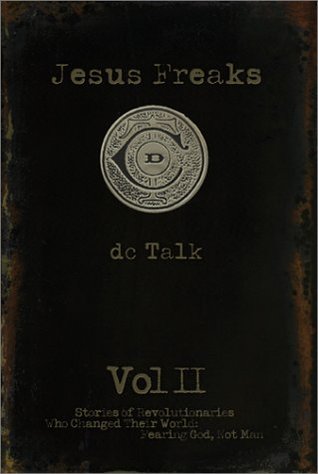 Tells the dramatic stories of those who took a stand for Christ against the culture of their day, while challenging readers to pray for the persecuted church around the world and openly stand for Jesus....

Formed in 1987 by Toby McKeehan, Michael Tait, and Kevin Max Smith, DC Talk was one of the most popular bands throughout the 1990's. Together the band has released five studio albums: DC Talk (1989), Nu Thang (1990), Free at Last (1992), Jesus Freak (1995), Supernatural (1998), and Solo (2001). The group unofficially disbanded in 2000, with each member attempting their own solo projects. Ever since, DC Talk has been on hiatus indefinitely, and they have yet to officially break up or reunite.