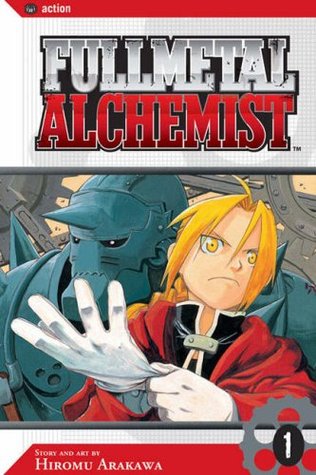 Her self-portrait is usually that of a bespectacled cow, as she was born and raised on a dairy farm in Hokkaido with three older sisters and a younger brother. She worked as a farmer for 8 years before moving to Tokyo.

Arakawa thought about being a manga artist "since she was little" and during her school years, she would often draw on textbooks. After graduating high school, she took oil painting classes once a month for seven years while working on her family's farm. During this time, she also created djinshi manga with her friends and drew yonkoma for a magazine.

Arakawa started out as Hiroyuki Eto's assistant writer for Mahjin Guru Guru and a friend of Shakugan no Shana author Yashichirou Takahashi.

Arakawa's career started with a work titled STRAY DOG, but she is best known for creating the Fullmetal Alchemist.

For Fullmetal Alchemist manga, Arakawa had read alchemy-related books, which she found very complicated due to the fact that some books contradicted others. Arakawa was attracted more by the philosophical aspects than the practical aspects. For the Equivalent Exchange concept, she was inspired by the work of her parents who had a farm in Hokkaid and always had to give all their effort in order to earn the money to eat.

The Shinsei Prize was also awarded to Arakawa.