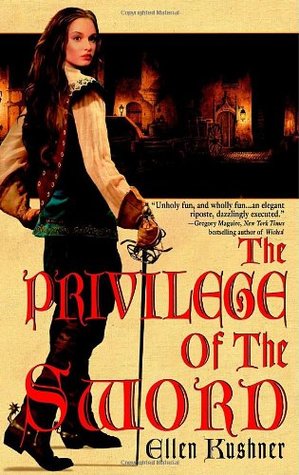 A graduate of Barnard College, she also attended Bryn Mawr College, and grew up in Cleveland, Ohio. She began her career in publishing as a fiction editor in New York City, but left to write her first novel Swordspoint, which has become a cult classic, hailed as the progenitor of the mannerpunk (or Fantasy of Manners) school of urban fantasy. Swordspoint was followed by Thomas the Rhymer (World Fantasy Award and the Mythopoeic Award), and two more novels in her Riverside series. In 2015, Thomas the Rhymer was published in the UK as part of the Gollancz Fantasy Masterworks line.

In addition, her short fiction appears regularly in numerous anthologies. Her stories have been translated into a wide variety of languages, including Japanese, French, Dutch, German, Spanish, Latvian and Finnish.

Upon moving to Boston, she became a radio host for WGBH-FM. In 1996, she created Sound & Spirit, PRIs award-winning national public radio series. With Ellen as host and writer, the program aired nationally until 2010; many of the original shows can now be heard archived online.

As a live stage performer, her solo spoken word works include Esther: the Feast of Masks, and The Golden Dreydl: a Klezmer Nutcracker for Chanukah (with Shirim Klezmer Orchestra). In 2008, Vital Theatre commissioned her to script a full-scale theatrical version. The Klezmer Nutcracker played to sold-out audiences in New York City, with Kushner in the role of the magical Tante Miriam.

In 2012, Kushner entered the world of audiobooks, narrating and co-producing illuminated versions of all three of the Riverside novels with SueMedia Productions for Neil Gaiman Presents at Audible.comand winning a 2013 Audie Award for Swordspoint.

Other recent projects include the urban fantasy anthology Welcome to Bordertown (co-edited with Holly Black), and The Witches of Lublin, a musical audio drama written with Elizabeth Schwartz and Yale Strom (which one Gabriel, Gracie and Wilbur Awards in 2012). In 2015 she contributed to and oversaw the creation of the online Riverside series prequel Tremontaine for Serial Box with collaborators Joel Derfner, Alaya Dawn Johnson, Malinda Lo, Racheline Maltese and Patty Bryant.

A dauntless traveler, Ellen Kushner has been a guest of honor at conventions all over the world. She regularly teaches writing at the prestigious Clarion Workshop and the Hollins University Graduate Program in Childrens Literature.

Ellen Kushner is a co-founder and past president of the Interstitial Arts Foundation, an organization supporting work that falls between genre categories. She lives in New York City with author and educator Delia Sherman, a lot of books, airplane and theater ticket stubs, and no cats whatsoever.