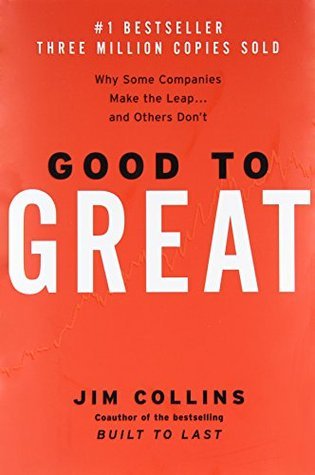 Jim Collins is a student and teacher of enduring great companies how they grow, how they attain superior performance, and how good companies can become great companies. Having invested over a decade of research into the topic, Jim has authored or co-authored four books, including the classic BUILT TO LAST, which has been a fixture on the Business Week best seller list for more than six years, and has been translated into 29 languages. His work has been featured in Fortune, The Wall Street Journal, Business Week, Harvard Business Review, and Fast Company.

Jims book, GOOD TO GREAT: Why Some Companies Make the Leap ... And Others Dont, attained long-running positions on the New York Times, Wall Street Journal and Business Week best seller lists, has sold 3 million hardcover copies since publication and has been translated into 35 languages, including such languages as Latvian, Mongolian and Vietnamese.


His most recent book, HOW THE MIGHTY FALL: And Why Some Companies Never Give In, was published on May 19, 2009.

Driven by a relentless curiosity, Jim began his research and teaching career on the faculty at Stanford Graduate School of Business, where he received the Distinguished Teaching Award in 1992. In 1995, he founded a management laboratory in Boulder, Colorado, where he now conducts research and teaches executives from the corporate and social sectors. Jim holds degrees in business administration and mathematical sciences from Stanford University, and honorary doctoral degrees from the University of Colorado and the Peter F. Drucker Graduate School of Management at Claremont Graduate University.

Jim has served as a teacher to senior executives and CEOs at over a hundred corporations. He has also worked with social sector organizations, such as: Johns Hopkins Medical School, the Girl Scouts of the USA, the Leadership Network of Churches, the American Association of K-12 School Superintendents, and the United States Marine Corps. In 2005 he published a monograph: Good to Great and the Social Sectors.

In addition, Jim is an avid rock climber and has made one-day ascents of the North Face of Half Dome and the Nose route on the South Face of El Capitan in Yosemite Valley. He continues to climb at the 5.13 grade.