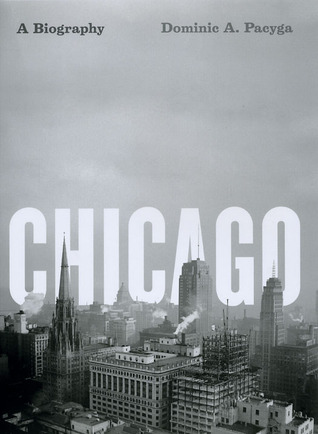 Dominic A. Pacyga, PhD, is Professor of History in the Department of Humanities, History, and Social Sciences at Columbia College Chicago.

Dr. Pacyga received his PhD in History from the University of Illinois at Chicago in 1981. He has authored, or coauthored, five books concerning Chicago's history, including Chicago: A Biography (2009); Polish Immigrants and Industrial Chicago (1991); Chicago: City of Neighborhoods with Ellen Skerrett (1986); Chicago: A Historical Guide to the Neighborhoods (1979) with Glen Holt; and Chicago's Southeast Side (1998) with Rod Sellers.

Dr. Pacyga has been a faculty member in the Department of HHSS since 1984. He has lectured widely on a variety of topics, including urban development, labor history, immigration, and racial and ethnic relations, and he has appeared in both the local and national media. He has worked with various museums, including the Chicago History Museum, the Museum of Science and Industry, and the Field Museum in Chicago, on a variety of public history projects.

Dr. Pacyga has also consulted with numerous neighborhood organizations, student groups, and ethnic, labor, and fraternal groups to preserve and exhibit their histories. He was guest curator for a major exhibit, "The Chicago Bungalow," at the Chicago Architecture Foundation. He and Charles Shanabruch are coeditors of The Chicago Bungalow (2001), a companion volume to the exhibit.

Dr. Pacyga is a winner of the Oscar Halecki Award from the Polish American Historical Association and a winner of the Catholic Book Award. In 1999, he received the Columbia College Award for Excellence in Teaching. He has been a visiting professor at both the University of Chicago and the University of Illinois at Chicago. In the spring of 2005, he was a Visiting Scholar in Campion Hall at Oxford University.