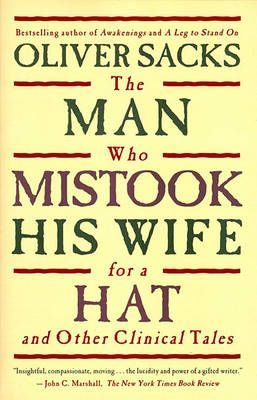 Oliver Wolf Sacks, CBE, was a British neurologist residing in the United States, who has written popular books about his patients, the most famous of which is Awakenings, which was adapted into a film of the same name starring Robin Williams and Robert De Niro.

Sacks was the youngest of four children born to a prosperous North London Jewish couple: Sam, a physician, and Elsie, a surgeon. When he was six years old, he and his brother were evacuated from London to escape The Blitz, retreating to a boarding school in the Midlands, where he remained until 1943. During his youth, he was a keen amateur chemist, as recalled in his memoir Uncle Tungsten. He also learned to share his parents' enthusiasm for medicine and entered The Queen's College, Oxford University in 1951, from which he received a Bachelor of Arts (BA) in physiology and biology in 1954. At the same institution, he went on to earn in 1958, a Master of Arts (MA) and an MB ChB in chemistry, thereby qualifying to practice medicine.

After converting his British qualifications to American recognition (i.e., an MD as opposed to MB ChB), Sacks moved to New York, where he has lived since 1965, and taken twice weekly therapy sessions since 1966.

Sacks began consulting at chronic care facility Beth Abraham Hospital (now Beth Abraham Health Service) in 1966. At Beth Abraham, Sacks worked with a group of survivors of the 1920s sleeping sickness, encephalitis lethargica, who had been unable to move on their own for decades. These patients and his treatment of them were the basis of Sacks' book Awakenings.

His work at Beth Abraham helped provide the foundation on which the Institute for Music and Neurologic Function (IMNF), where Sacks is currently an honorary medical advisor, is built. In 2000, IMNF honored Sacks, its founder, with its first Music Has Power Award. The IMNF again bestowed a Music Has Power Award on Sacks in 2006 to commemorate "his 40 years at Beth Abraham and honor his outstanding contributions in support of music therapy and the effect of music on the human brain and mind".

Sacks was formerly employed as a clinical professor of neurology at the Albert Einstein College of Medicine and at the New York University School of Medicine, serving the latter school for 42 years. On 1 July 2007, Columbia University College of Physicians and Surgeons appointed Sacks to a position as professor of clinical neurology and clinical psychiatry, at the same time opening to him a new position as "artist", which the university hoped will help interconnect disciplines such as medicine, law, and economics. Sacks was a consultant neurologist to the Little Sisters of the Poor, and maintained a practice in New York City.

Since 1996, Sacks was a member of The American Academy of Arts and Letters (Literature). In 1999, Sacks became a Fellow of the New York Academy of Sciences. Also in 1999, he became an Honorary Fellow at The Queen's College, Oxford. In 2002, he became Fellow of the American Academy of Arts and Sciences (Class IVHumanities and Arts, Section 4Literature).38 and he was awarded the 2001 Lewis Thomas Prize by Rockefeller University. Sacks was awarded honorary doctorates from the College of Staten Island (1991), Tufts University (1991), New York Medical College (1991), Georgetown University (1992), Medical College of Pennsylvania (1992), Bard College (1992), Queen's University (Ontario) (2001), Gallaudet University (2005), University of Oxford (2005), Pontificia Universidad Catlica del Per (2006). He was appointed Commander of the Order of the British Empire (CBE) in the 2008 Birthday Honours. Asteroid 84928 Oliversacks, discovered in 2003 and 2 miles (3.2 km) in diameter, has been named in his honor.