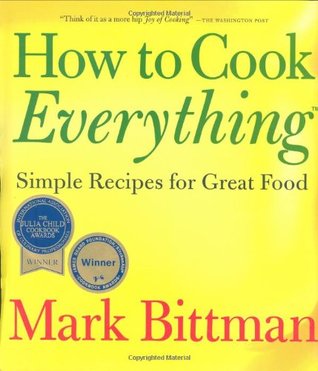 MARK BITTMAN is one of the country's best-known and most widely respected food writers. His How to Cook Everything books, with one million copies in print, are a mainstay of the modern kitchen. Bittman writes for the Opinion section of New York Times on food policy and cooking, and is a columnist for the New York Times Magazine. His "The Minimalist" cooking show, based on his popular NYT column, can be seen on the Cooking Channel. His most recent book, VB6, debuted at #1 on the New York Times bestseller list in its first week on sale.