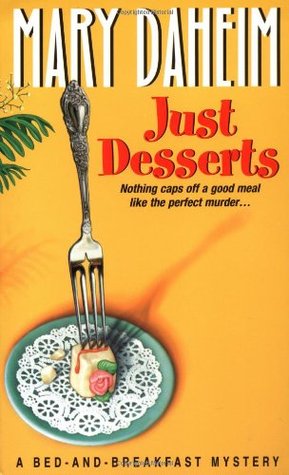 Seattle native Mary Richardson Daheim has been fascinated by story-telling since early childhood. She first listened, then read, and finally began to write her own fiction when she was ten. A journalism major at the University of Washington, she was the first female editor of The Daily where she attracted national attention with her editorial stance against bigotry.

After getting her B.A., she worked in newspapers and public relations, but in her spare time she tried her hand at novels.

In 1983, Daheims first historical romance was published, followed by a half-dozen more before she switched genres to her original fictional love, mysteries. Just Desserts and Fowl Prey, the first books of thirty in the Bed-and-Breakfast series were released in 1991.

A year later, the Emma Lord series made its debut with The Alpine Advocate. Daheim has also written several short stories for mystery anthologies and magazines.

Married to professor emeritus and playwright David Daheim, the couple lives in Seattle and has three grown daughters. She has been an Agatha Award nominee, winner of the 2000 Pacific Northwest Writers Association Achievement Award, and her mysteries regularly make the USA Today bestseller list and the New York Times top thirty.