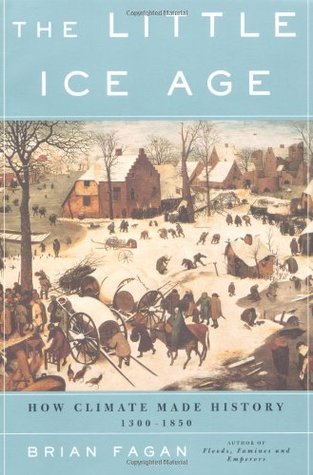 Brian Murray Fagan (born 1 August 1936) is a prolific author of popular archaeology books and a professor emeritus of Anthropology at the University of California, Santa Barbara, California, USA. Fagan was born in England where he received his childhood education at Rugby School. He attended Pembroke College, Cambridge, where he studied archaeology and anthropology (BA 1959, MA 1962, PhD 1965).

Fagan is an archaeological generalist, with expertise in the broad issues of human prehistory. He is the author or editor of 46 books, including seven widely used undergraduate college texts. Fagan has contributed over 100 specialist papers to many national and international journals. He is a Contributing Editor to American Archaeology and Discover Archaeology magazines, and formerly wrote a regular column for Archaeology Magazine. He serves on the Editorial Boards of six academic and general periodicals and has many popular magazine credits, including Scientific American and Gentleman's Quarterly.

Fagan has been an archaeological consultant for many organizations, including National Geographic Society, Time-Life, Encyclopdia Britannica, and Microsoft Encarta. He has lectured extensively about archaeology and other subjects throughout the world at many venues, including the Cleveland Museum of Natural History, the National Geographic Society, the San Francisco City Lecture Program, the Smithsonian Institution, and the Getty Conservation Institute.

In addition to extensive experience with the development of Public Television programs, Fagan was the developer/writer of Where in time is Carmen San Diego, an NPR series in 1984-86. He has worked as a consultant for the BBC, RKO, and many Hollywood production companies on documentaries. In 1995 he was Senior Series Consultant for Time-Life Television's "Lost Civilizations" series.

Fagan was awarded the 1996 Society of Professional Archaeologists' Distinguished Service Award for his "untiring efforts to bring archaeology in front of the public." He also received a Presidential Citation Award from the Society for American Archaeology in 1996 for his work in textbook, general writing and media activities. He received the Society's first Public Education Award in 1997.

He has written many critiques of contemporary archaeology and has advocated non-traditional approaches, as well as writing extensively on the role of archaeology in contemporary society. His approach is a melding of different theoretical approaches, which focuses on the broad issues of human prehistory and the past. He is a strong advocate of multidisciplinary approaches to such issues as climate change in the past. Over the years, he has written a series of well-known textbooks that provide accurate summaries of the latest advances in archaeological method and theory and world prehistory. These are designed for beginners and avoid both confusing jargon and major theoretical discussion, which is inappropriate at this basic level. His approach melds traditional cultural history with more recent approaches, with a major emphasis on writing historical narrative using archaeological data and sources from other disciplines. Fagan is also well known for his public lectures on a wide variety of archaeological and historical topics, delivered to a broad range of archaeological and non-archaeological audiences.