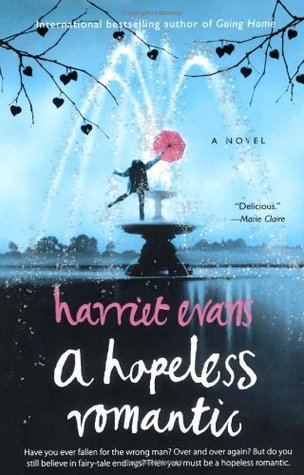 I was born in London in 1974 and grew up on the mean streets of Chiswick, where I went to school. I was a completely undistinguished pupil in every way, except I absolutely loved reading and drama. My only achievements from the age of 5 to 18 were, a) winning a doodling competition at primary school (of a witch flying in the sky with balloons in her hand), b) I was head chorister of the church choir, which believe me is not something that wins you cool points with anyone you know apart from your granny.

After school I went to Bristol University and did Classical Studies, which was great, I absolutely loved Bristol and I liked being a student and being with people who didnt know my shameful head chorister past. I left university and adventurously headed straight back down the motorway to London again.

I wanted to get into magazines, but the only place that would employ me was the Lady magazine, which turned out to be one of those awful first jobs where you think your working life will always be like this: I was wholly unequipped for office life, its politics, its mundanity, its tensions. I did, however, learn how one polishes chandeliers and a lot about interesting road signs in Devon.

A couple of months later I was lucky enough to get into publishing, first at Penguin, where I worked for seven years, progressing from secretary to editorial director, publishing mainly womens fiction. I left in 2003 and went to another publisher, Headline, where I worked until May 2009.

In the meantime, I started writing in the mornings before work, and in 2003 I sent the first few pages of my book to an agent under a pseudonym. Eventually, to my great joy, this led to a publishing deal with HarperCollins in the UK and Simon and Schuster in the US, who have now published all five of my novels. FIVE books, thats crazy!

In 2008 I left my job to write full time. I was extremely happy at Headline, working with authors such as Penny Vincenzi, Emily Barr, and Louise Bagshawe, and coming up with initiatives like rejacketing Jane Austens novels to appeal to a younger female audience. But it became harder to balance the two jobs, and writing won out, and I know Im very fortunate to be in a position to write full time, though I missed the office something chronic the first year after I left. Its awful going to work on a rainy Monday morning, but theres something great about walking down the road with your iPod in and your coffee in your hand ready to attach another day. When youre inside all day wearing loose clothing and glasses you dont feel quite the same!

I am passionate about commercial fiction, especially commercial womens fiction, which seems to me to come in for an extraordinary amount of bile and patronising comment, in contrast to the same kind of books by men, which get reviewed, discussed, accepted into the canon with far greater ease. Books about young womens lives, their jobs, romances, nights out, what they like doing, are seen as frippery and silly; books about young mens lives covering exactly the same topics are discussed and debated, often accepted as valid and interesting contributions to the current social and media scene.

Last year my boyfriend and I bought a place together in Angel. I am getting used to living in North / East London - its strange being able to walk to Brick Lane when Ive always been no more than 5 minutes from the M4 but I love it round here. I have my own study which is great - previously I was writing in bed or on the sofa, which is not conducive to knuckling down. It is conducive to having a quick nap though I miss it.