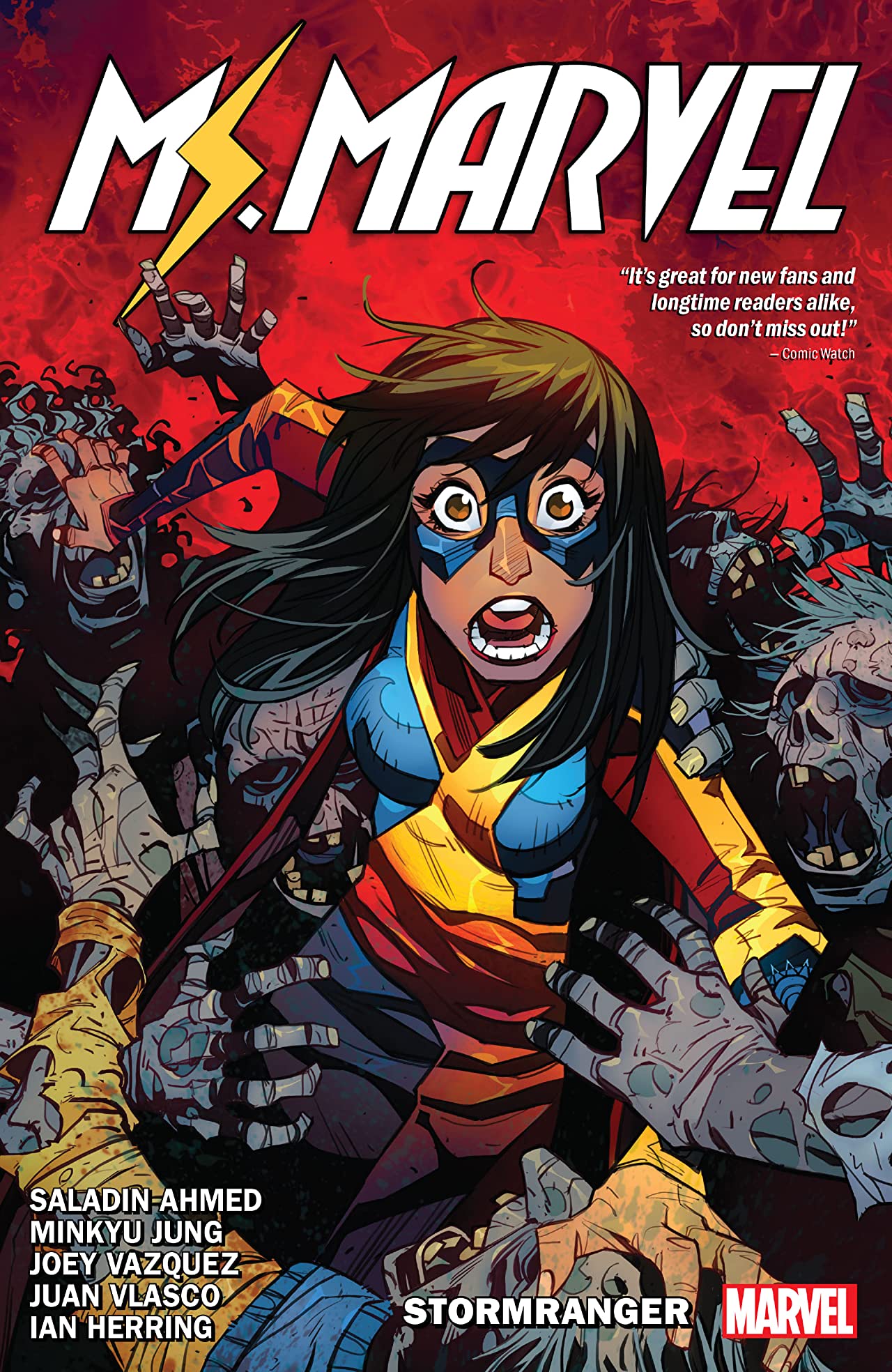 Between her space adventure, her complicated feelings for Bruno and a looming family tragedy, Ms. Marvel really needs a break. Zoe and Nakia decide to get Kamala out of town for a while - but their chill road trip is about to be derailed...by literal corporate zombies COLLECTING: MAGNIFICENT MS. MARVEL (2019) 7-12...

Saladin Ahmed was born in Detroit and raised in a working-class, Arab American enclave in Dearborn, MI.

His short stories have been nominated for the Nebula and Campbell awards, and have appeared in Year's Best Fantasy and numerous other magazines, anthologies, and podcasts, as well as being translated into five foreign languages. He is represented by Jennifer Jackson of the Donald Maass Literary Agency. THRONE OF THE CRESCENT MOON is his first novel.

Saladin lives near Detroit with his wife and twin children.