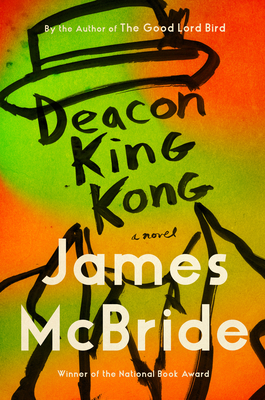 James McBride is a native New Yorker and a graduate of New York City public schools. He studied composition at The Oberlin Conservatory of Music in Ohio and received his Masters in Journalism from Columbia University in New York at age 22. He holds several honorary doctorates and is currently a Distinguished Writer in Residence at New York University. He is married with three children. He lives in Pennsylvania and New York.

James McBride is a former staff writer for The Washington Post, People Magazine, and The Boston Globe. His work has also appeared in Essence, Rolling Stone, and The New York Times. His April, 2007 National Geographic story entitled Hip Hop Planet is considered a respected treatise on African American music and culture.

As a musician, he has written songs (music and lyrics) for Anita Baker, Grover Washington Jr., and Gary Burton, among others. He served as a tenor saxophone sideman for jazz legend Little Jimmy Scott. He is the recipient of several awards for his work as a composer in musical theater including the Stephen Sondheim Award and the Richard Rodgers Foundation Horizon Award. His Riffin and Pontificatin Tour, a nationwide tour of high schools and colleges promoting reading through jazz, was captured in a 2003 Comcast documentary. He has been featured on national radio and television programs in America, Europe, Australia and New Zealand.