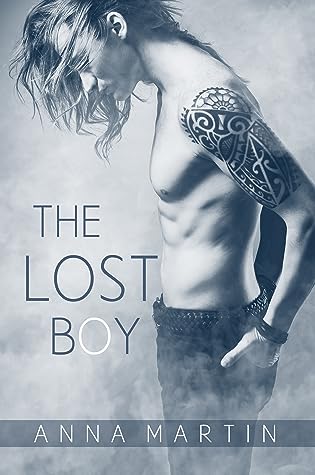 To ask other readers questions about The Lost Boy, please sign up.

Be the first to ask a question about The Lost Boy

Anna Martin is from a picturesque seaside village in the south west of England. After spending most of her childhood making up stories, she studied English Literature at university before attempting to turn her hand as a professional writer.

Apart from being physically dependent on her laptop, she is enthusiastic about writing and producing local grassroots theatre (especially at the Edinburgh Fringe Festival, where she can be found every summer), travelling, learning to play the ukulele, and Ben & Jerrys New York Super Fudge Chunk.

Although her most recent work is in the LGBT romance genre, in the past Anna has worked on a variety of different projects including short stories, drabbles, flash fiction, fan fiction, plays for both children and adults, and poetry. She has written novels in the Teen or Young Adult genre, Romance and Fantasy novels.

Anna is, by her own admission, almost unhealthily obsessed with books. The library she has amassed is both large and diverse; "My favourite books," she says, "are 'The Moonstone' by Wilkie Collins, 'To Kill a Mockingbird' by Harper Lee and 'Oryx and Crake' by Margaret Atwood." She also owns multiple copies of Michael Crichton's Jurassic Park books and re-reads the Harry Potter novels with almost startling regularity.

Anna claims her entire career is due to the love, support, pre-reading and creative ass-kicking provided by her closest friend Jennifer. Jennifer refuses to accept any responsibility for anything Anna has written.