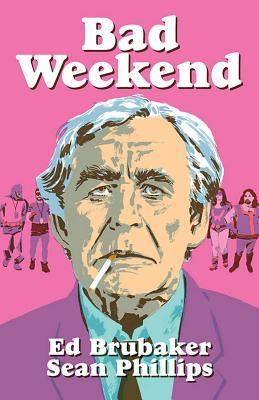 Ed Brubaker (born November 17, 1966) is an Eisner Award-winning American cartoonist and writer. He was born at the National Naval Medical Center, Bethesda, Maryland.

Brubaker is best known for his work as a comic book writer on such titles as Batman, Daredevil, Captain America, Iron Fist, Catwoman, Gotham Central and Uncanny X-Men. In more recent years, he has focused solely on creator-owned titles for Image Comics, such as Fatale, Criminal, Velvet and Kill or Be Killed.

In 2016, Brubaker ventured into television, joining the writing staff of the HBO series Westworld.