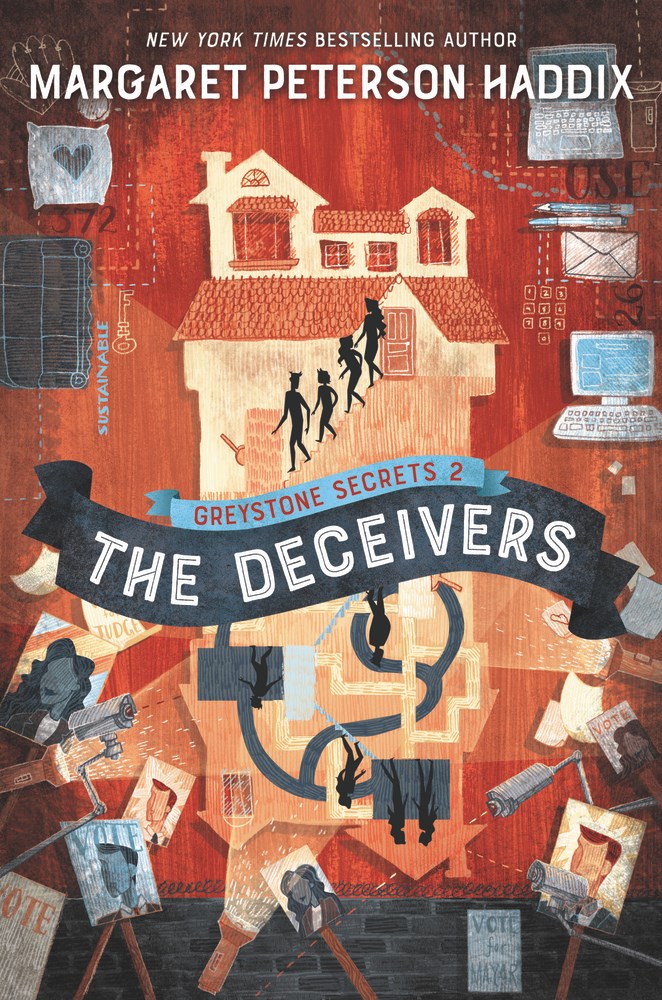 Margaret Peterson Haddix grew up on a farm near Washington Court House, Ohio. She graduated from Miami University (of Ohio) with degrees in English/journalism, English/creative writing and history. Before her first book was published, she worked as a newspaper copy editor in Fort Wayne, Indiana; a newspaper reporter in Indianapolis; and a community college instructor and freelance writer in Danville, Illinois.

She has since written more than 25 books for kids and teens, including Running Out of Time; Dont You Dare Read This, Mrs. Dunphrey; Leaving Fishers; Just Ella; Turnabout; Takeoffs and Landings; The Girl with 500 Middle Names; Because of Anya; Escape from Memory; Say What?; The House on the Gulf; Double Identity; Dexter the Tough; Uprising; Palace of Mirrors; Claim to Fame; the Shadow Children series; and the Missing series. She also wrote Into the Gauntlet, the tenth book in the 39 Clues series. Her books have been honored with New York Times bestseller status, the International Reading Associations Childrens Book Award; American Library Association Best Book and Quick Pick for Reluctant Young Adult Readers notations; and more than a dozen state readers choice awards.


Haddix and her husband, Doug, now live in Columbus, Ohio, with their two children.