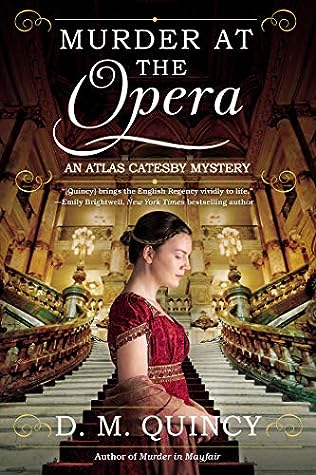 D.M. Quincy is an award-winning television journalist who has covered dozens of crimes, including violent unsolved murders that stayed with her for years afterwards.

Shes pretty sure that had something to do with her decision to write her own stories in which a brilliant amateur detective always gets the bad guy (or girl), thus making sure that justice is always served.

As a US Foreign Service brat, D.M. spent most of her childhood roaming the world, which is probably why the protagonist in her Atlas Catesby mystery series travels to far-flung places as often as he can.

When she isnt hunched over her laptop researching ways for her villains to kill people, D.M. reads, spends time with her family, devours foreign television mystery series on Netflix, and plots her next travel adventure.