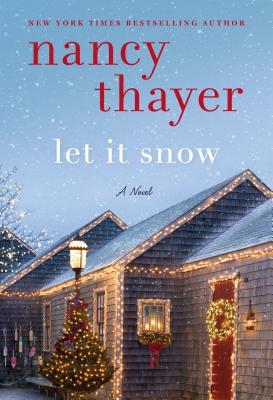 Nancy Thayer has a B.A. and M.A. in English literature from the University of Missouri at Kansas City. Before settling down to write and have children she taught English at various colleges and traveled, living in Paris, Amsterdam and Helsinki. In 1981 she was a Fellow at the Breadloaf Writers Conference. She has lived on Nantucket Island year round for twenty-five years with her husband Charley Walters. They have two children and two grandchildren.

Her books concern the mysteries and romance of families and relationships and the humorous adventures of growing older.

In 2008, Redbook magazine chose her novel Moon Shell Beach for their "Hot Summer Read." Nancy's work has been translated into more than 14 languages, including Polish, Hebrew, Russian, and Serbo Croatian. Her novels have been condensed or excerpted in several magazines, including Redbook, Good Housekeeping, England's Cosmopolitan, Holland's Viva, and South Africa's Personality.

She has published a commissioned three-part mystery novella in Redbook, and short stories in literary reviews in the United States, Canada, and Spain. Her first novel, Stepping, was made into a 13-part series for BBC Radio. Her ghost novel Spirit Lost was produced as a movie by United Image Entertainment. Her novel Everlasting was a Main Dual selection of the Literary Guild in 1991.