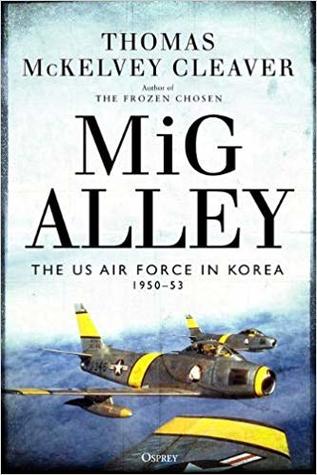 Most of my non-fiction writing is in the field of aviation, primarily the history of people, units and events, though I am also interested in technological developments and their influence on events.

I first ran across "serious" aviation writing when I was 10 and found William Green's "All The World's Aircraft, 1954" - the first book I read that seriously dealt with aircraft development beyond picture books. Over the years I read many books by Bill (as I came eventually to know him), and 25 years later he was the first editor to professionally publish an article by me about an aviation topic (a feature about people in California who restored, owned and operated antique airplanes). Not only did he publish the article, he used my photograph for the cover of that issue of Air Enthusiast Quarterly! In the years that followed, Bill became a friend through the mail, a source of valuable insight about writing, and an enthusiastic supporter of my efforts. I've had a lot of success that way with fellow authors.

My interest in the field of aviation must be genetic. My mother's favorite tale about me was that my first word, spoken around age 1, was "o-pane!" when we were in a park in Denver, and I pointed up at a P-38 as it flew overhead.

My father was involved in aviation in the 1930s, and knew most of the Major Names of the era, like Jimmy Doolittle, Roscoe Turner, and even Ernst Udet. (As an aside, I met General Doolittle myself in 1976. Upon hearing my name, he looked me up and down, then shook his head and said "Nope, too young and too tall." Taken aback for a moment, I realized he was thinking of my father, also a Tom Cleaver. Once I identified myself, he told me a story about my father I had never heard before. I later discovered he had near-perfect recall of names and events.) I grew up looking at my father's photo albums of the old airplanes he had been around, which is probably why I most enjoy airplanes from those years.

In addition to writing about airplanes, I take pictures of them in flight. As a result of both activities, I have flown in everything from a Curtiss Jenny to an Air Force F-4E Phantom (definitely the best rollercoaster ride ever), and have additionally been up in World War II airplanes - the P-51 Mustang, P-40 Warhawk, SBD Dauntless, B-25 Mitchell, and many many many times in a T-6. As a pilot myself, I have about 200 hours in a Stearman biplane trainer as a member of a club back in the 1970s. I am certain my personal knowledge of flying as a pilot has helped me put a reader "in the cockpit" in my writing.

While I have advanced college and university degrees, I consider myself an autodidact, and I see the involvement with airplanes as my key to the world of self-education, as I would ask myself "what was that airplane used for?" which led to such questions as "how did that war happen?" I was also fortunate to grow up in a home with lots of books and a father who enjoyed history; between that and forays to the Denver Public Library (a Saturday spent in the stacks at the Main Library was a day in heaven), my education was very eclectic in subject matter.

My "film school" education came on Saturday afternoons spent at the old Park Theater on South Gaylord Street in Denver, where I went every Saturday from age 7 to age 15 when the theater closed, and watched everything that played on-screen. Somewhere along there, I learned the meaning of "good movie."