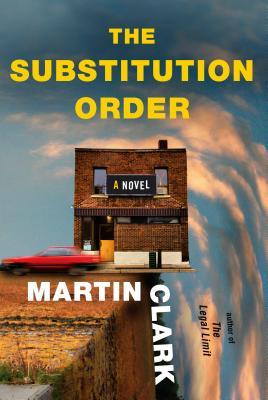 Entertainment Weekly called Martin Clark hands down, our finest legal-thriller writer. The New York Times stated that he is the thinking mans John Grisham. The Winston-Salem Journal declared that he has set the new standard by which other works of legal fiction should be judged, and David Baldacci praised him as a truly original writer. Currently a sitting circuit court judge in Patrick County, Virginia, Martin is a graduate of Davidson College and attended law school at the University of Virginia. When he was appointed to the bench in 1992 at age thirty-two, he became one of the youngest judges in the history of the commonwealth. His novels have appeared on several bestseller lists and have been chosen as a New York Times Notable Book, a Washington Post Book World Best Book of the Year, a Bookmarks Magazine Best Book of the Year, a Boston Globe Best Book of the Year, a Book-of-the-Month Club selection, a finalist for the Stephen Crane First Fiction Award, and the winner of the Library of Virginias Peoples Choice Award in 2009 and 2016. He received the Patrick County Outstanding Community Service Award in 2016 and the Virginia State Bars Harry L. Carrico Professionalism Award in 2018. Martins wife, Deana, is a photographer, and they live on a farm with dogs, cats, chickens, guinea fowl and three donkeys.