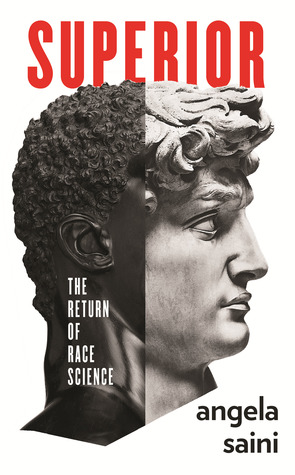 I present science programmes on BBC Radio 4 and the World Service, and my writing has appeared across the world, including in New Scientist, the Guardian, Science, Cell, Wired, Wallpaper, Vogue, GQ,and New Humanist, among others. I was the launch presenter of the BBC's The Food Chain and I have hosted More or Less and Material World.

My latest book, Inferior: How Science Got Women Wrong and the New Research That's Rewriting the Story, has just been published by Fourth Estate and Beacon Press. My first book, Geek Nation, was published by Hodder & Stoughton in 2011, becoming a bestseller in India and an Independent book of the year.

In 2015 I won the American Association for the Advancement of Science's Kavli Science Journalism gold award for a BBC Radio 4 documentary I presented about birdsong and human language. In 2012 I won the Association of British Science Writers award for best news story, for a feature in The Guardian about the misuse of statistics in courtrooms. And I was named European Science Journalist of the Year by the Euroscience Foundation in 2009. I have also been shortlisted for an Asian Women of Achievement Award.

I started my career with ITN on its prestigious news trainee scheme. After that, I joined the BBC as a news reporter, where my six-month investigation into bogus universities featured on the flagship national News at Ten and won a Prix Circom European television news award.

I have a Masters in Engineering from Oxford University, and a second Masters in Science and Security from the Department of War Studies at Kings College London. Between 2012 and 2013 I was a Knight Science Journalism Fellow at the Massachusetts Institute of Technology in the US.