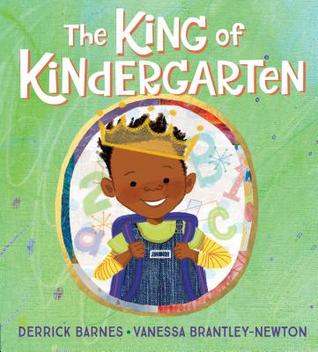 Where I come from, no one dreams of becoming an author.

I didnt know any famous African American male authors. I didnt actually meet one until I attended college. I wanted to be a football player, the next Sean Combs, or a rapper; anything that would instantly provide me with the riches I would need to move my mama off of the block. I was raised in a single parent household by my mother, the lovely Miss Catherine Barnes, along with my big brother, Anthony, in Kansas City, MO.


My first attempt at writing a real story was in the fifth grade. I think it was about a group of stray dogs trekking across the country to find a magic bone or something. I cant remember. But I do remember what it felt like when I finished and read it. It felt powerful to create characters, places, and stories that began and ended the way I wanted them to. After that I wrote songs, poems, plays, and short stories. I also read like crazy. I remember tying a shoestring around a flashlight, hanging it on the bar in my closet, and sitting in there reading encyclopedias. My brother thought I was the weirdest kid ever, but that was my way of traveling, of flying, and dreaming.

When I graduated from high school, I worked a couple of part time jobs and attended a local community college. I received an Associate of Arts degree in Business Administration. I went on to Jackson State University, a historically black college in Jackson, Mississippi, where I obtained Bachelor of Arts degree in Marketing. It was there that I experienced life altering events and met people that changed me forever. I met my then college sweetheart and now beautiful wife, Dr. Tinka Barnes. I met life long friends (big up to my brothers JG, Killa Don, and Noir). I also became a campus newspaper advice columnist. All three of those occurrences and acquaintances changed my life vividly, but the column, entitled Brown Sugar, gave me the confidence to write with purpose. I also felt like, for the first time, that I had something to say and that people would listen. Who wouldn't listen to a guy with the pen name "Hershey Brown"?

Upon graduation, I moved back to Kansas City with no intentions of using my brand new, shiny Marketing degree in a drab, corporate environment. With the urging of my wife, I sent a writing portfolio to Hallmark Cards, and was hired as the first African-American man in the history of the company as a staff copywriter in 1999. I worked there for three years. I learned so much about crafting my words, about editing, and about constructive criticism. While at Hallmark, I met so many talented artists and was introduced to my now literary agent, Ms. Regina Brooks of Serendipity Literary Agency. Within a month, we had a two-book deal signed with Scholastic. My wife and I also welcomed our first son into the world, Ezra.


My family and I moved to New Orleans, LA so that my wife could complete her medical residency in 2003. While there we had our second son, Solomon, and I landed a deal with Simon Pulse for my first novel, The Making of Dr. Truelove. We lived there for two and a half years until we were chased back to Kansas City by the most disastrous force of nature in US history, Hurricane Katrina.

We returned to KC safe and sound. My wife officially finished medical residency and became a full fledged doctor. We had our third son, Silas, and I landed a four-book deal with Scholastic for the ultra popular hit series, Ruby and the Booker Boys.

Some days, when I read to my sons or go to schools and read to kids, I can still see that little boy reading encyclopedias by flashlight. Hopefully, a child will meet me and say to themselves, You know what, its possible. I can become an author! Ive met, and have seen with my very own eyes, a living, breathing author. Its definitely possible for me.

It most certainly is.