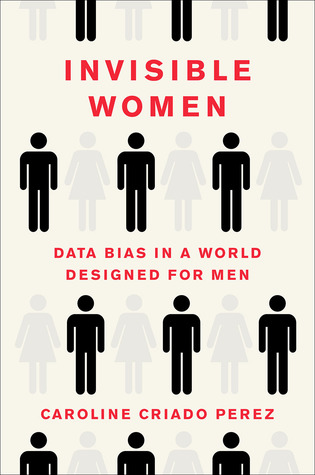 Caroline Criado Perez is a best-selling and award-winning writer, broadcaster and feminist campaigner. She is published across the major national media, and appears in both print and broadcast as a commentator on a wide range of topics.

Notable campaigns include getting a female historical figure on Bank of England banknotes; getting Twitter to introduce a "report abuse" button on tweets; getting the first statue of a woman (Millicent Fawcett) in Parliament Square.

Her first book, Do it Like a Woman, was published by Portobello in 2015. It was described as a must-read by the Sunday Independent and rousing and immensely readable by Good Housekeeping who selected it as their best non-fiction. Eleanor Marx hailed it in the New Statesman as an extended and immersive piece of investigative journalism, while Bridget Christie chose it as one of her books of the year in the Guardian, declaring that young girls and women everywhere should have a copy.

Her second book, INVISIBLE WOMEN: exposing data bias in a world designed for men, was published in March 2019 by Chatto & Windus in the UK & Abrams in the US. It is a #1 Sunday Times bestseller and spent 16 weeks in the Sunday Times bestseller lists. It is being translated into nineteen languages, and is the winner of the 2019 Royal Society Science Book Prize, the 2019 Books Are My Bag Readers Choice Award, and the 2019 Financial Times Business Book of the Year Award. It was described by Caitlin Moran as "one of those books that has the potential to change things a monumental piece of research." Melanie Reid in The Times called Invisible Women "a game-changer...making an unanswerable case and doing so brilliantlythe ambition and scope and sheer originality of Invisible Women is huge...It should be on every policymaker, politician and managers shelves," a sentiment that was echoed by Nicola Sturgeon who described it as "revelatory," adding that "it should be required reading for policy and decision makers everywhere."

Caroline lives in London with her small excitable dog, Poppy, has a degree in English language and literature from the University of Oxford, and studied behavioural and feminist economics at the LSE. She was the 2013 recipient of the Liberty Human Rights Campaigner of the Year award, and was named OBE in the Queens Birthday Honours 2015.