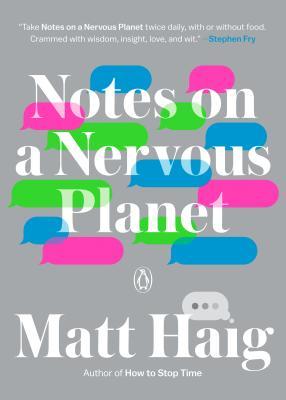 Matt Haig was born in Sheffield, England in1975. He writes books for both adults and children, often blending the worlds of domestic reality and outright fantasy, with a quirky twist. His bestselling novels are translated into 28 languages. The Guardian has described his writing as 'delightfully weird' and the New York Times has called him 'a novelist of great talent' whose writing is 'funny, riveting and heartbreaking'.

His novels for adults are The Last Family in England, narrated by a labrador and optioned for film by Brad Pitt; The Dead Fathers Club (2006), an update of Hamlet featuring an 11-year-old boy; The Possession of Mr Cave (2008), about a man obsessed with his daughter's safety, and The Radleys (2010) which won Channel 4's TV Book Club public vote and was shortlisted for a Galaxy National Book Award (UK). The film rights to all his adult novels have been sold. His next adult novel is The Humans (2013).

His multi-award winning popular first novel for children, Shadow Forest, was published in 2007 and its sequel, The Runaway Troll, in 2009. His most recent children's novel is To Be A Cat (2012).