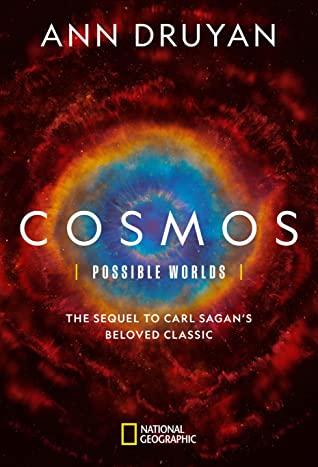 Ann Druyan (born June 13, 1949) is an American author and media producer known for her involvement in many projects aiming to popularize and explain science. She is probably best-known as the last wife of Carl Sagan, and co-author of the Cosmos series and book, along with Sagan and Steven Soter.

In her writings, Druyan has stressed the idea that people can have a sense of awe and wonder about the unity of the cosmos without introducing the concept of a god.

Druyan wrote the books Comet and Shadows of Forgotten Ancestors, as well as sections of The Demon-Haunted World, with her late husband Carl Sagan. In addition, she wrote an introduction to The Cosmic Connection and the epilogue to Billions and Billions, both by Sagan. Alone, she wrote the novel A Famous Broken Heart.

In the areas of film and television, she was one of the writers for the television series Cosmos, and a producer of the film Contact. Most recently, she is the CEO and a co-founder of Cosmos Studios. In 2007 she was said to be working on an IMAX film on global warming as well as a sequel to Cosmos.

Other projects that she has been involved in include the selection of the music on the Voyager Golden Record mounted on the Voyager 1 and Voyager 2 space probes, and the Cosmos 1 spacecraft, which intended to demonstrate solar sail propulsion. The Cosmos 1 used a former Soviet submarine missile as a launch vehicle (in keeping with the "swords into plowshares" philosophy) but due to a malfunction in separation, the Cosmos 1 never reached stable orbit.

In January 2007, she was a juror at the 2007 Sundance Film Festival in the jury responsible for selecting the winner of the Alfred P. Sloan Prize, given to films that focus on science and technology.

She attended and was a speaker at the Beyond Belief symposium in November 2006.