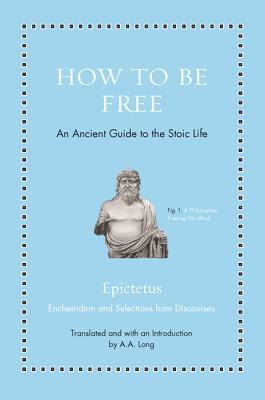 How to Be Free: An Ancient Guide to the Stoic Life Reviews

Epictetus was a Greek Stoic philosopher. He was probably born a slave at Hierapolis, Phrygia (present day Pamukkale, Turkey), and lived in Rome until his exile to Nicopolis in northwestern Greece, where he lived most of his life and died. His teachings were noted down and published by his pupil Arrian in his Discourses. Philosophy, he taught, is a way of life and not just a theoretical discipline. To Epictetus, all external events are determined by fate, and are thus beyond our control, but we can accept whatever happens calmly and dispassionately. Individuals, however, are responsible for their own actions which they can examine and control through rigorous self-discipline. Suffering arises from trying to control what is uncontrollable, or from neglecting what is within our power. As part of the universal city that is the universe, human beings have a duty of care to all fellow humans. The person who followed these precepts would achieve happiness.