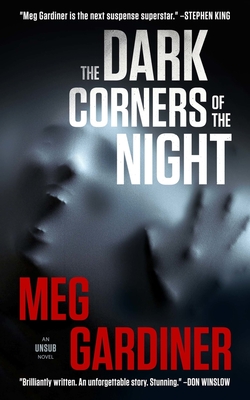 Meg Gardiner is the author of fifteen thrillers. Her latest is The Dark Corners of the Night, the third novel in the UNSUB series featuring FBI profiler Caitlin Hendrix. Stephen King says, "Don't miss it. This is a great one." It's been bought by Amazon Studios for development as a television series. The first novel in the series, UNSUB, won the 2018 Barry Award for Best Thriller.

Meg was born in Oklahoma and raised in Santa Barbara, California. A graduate of Stanford Law School, she practiced law in Los Angeles and taught writing at the University of California Santa Barbara. She's also a three-time Jeopardy! champion. She lives in Austin, Texas.

Meg is the author of the Evan Delaney series, the Jo Beckett novels, and several stand alones. China Lake won the 2009 Edgar award for Best Paperback Original. The Nightmare Thief won the 2012 Audie Award for Thriller/Suspense audiobook of the year. Phantom Instinct was one of O, the Oprah magazine's "Best Books of Summer."