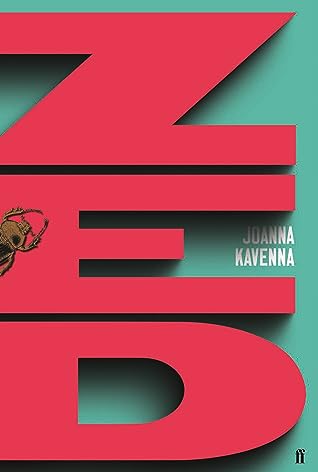 Joanna Kavenna is a prize-winning British novelist and travel writer.

Kavenna spent her childhood in Suffolk and the Midlands as well as various other parts of Britain. She has also lived in the United States, France, Germany, Scandinavia and the Baltic States.

These travels led to her first book, The Ice Museum, which was published in 2005. It was nominated for the Guardian First Book Award in that year, and the Ondaatje Prize, and the Dolman Best Travel Book Award in 2006. Described by the The New York Review of Books as "illuminating and consequential," it combines history, travel, literary criticism and first-person narrative, as the author journeys through Scotland, Norway, Iceland, the Baltic and Greenland. Along the way, Kavenna investigates various myths and travellers' yarns about the northerly regions, focusing particularly on the ancient Greek story of Thule, the last land in the North. Before The Ice Museum she had written several novels that remain unpublished.

Kavenna has held writing fellowships at St Antony's College, Oxford and St John's College, Cambridge. She is currently the writer-in-residence at St Peter's College, Oxford. Themes of the country versus the city, the relationship between self and place, and the plight of the individual in hyper-capitalist society recur through Kavenna's novels and in some of her journalism.

She has written for The New Yorker, The Huffington Post, The London Review of Books, The Guardian, The Observer, The International Herald Tribune and The New York Times, among other publications.

Kavenna is now based in the Duddon Valley, Cumbria and has a partner and two young children.