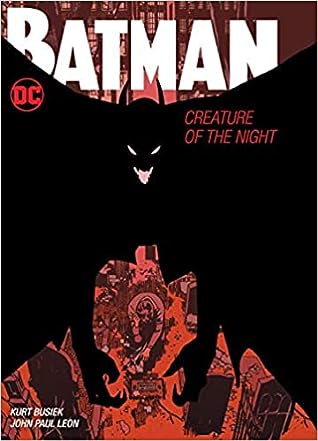 Kurt Busiek is an American comic book writer notable for his work on the Marvels limited series, his own title Astro City, and his four-year run on Avengers.

Busiek did not read comics as a youngster, as his parents disapproved of them. He began to read them regularly around the age of 14, when he picked up a copy of Daredevil #120. This was the first part of a continuity-heavy four-part story arc; Busiek was drawn to the copious history and cross-connections with other series. Throughout high school and college, he and future writer Scott McCloud practiced making comics. During this time, Busiek also had many letters published in comic book letter columns, and originated the theory that the Phoenix was a separate being who had impersonated Jean Grey, and that therefore Grey had not dieda premise which made its way from freelancer to freelancer, and which was eventually used in the comics.

During the last semester of his senior year, Busiek submitted some sample scripts to editor Dick Giordano at DC Comics. None of them sold, but they did get him invitations to pitch other material to DC editors, which led to his first professional work, a back-up story in Green Lantern #162 (Mar. 1983).

In 1997, Busiek began a stint as writer of Avengers alongside artist George Prez. Prez departed from the series in 2000, but Busiek continued as writer for two more years, collaborating with artists Alan Davis, Kieron Dwyer and others. Busiek's tenure culminated with the "Kang Dynasty" storyline. In 2003, Busiek re-teamed with Perez to create the JLA/Avengers limited series.

In 2003, Busiek began a new Conan series for Dark Horse Comics, which he wrote for four years.

In December 2005 Busiek signed a two-year exclusive contract with DC Comics. During DC's Infinite Crisis event, he teamed with Geoff Johns on a "One Year Later" eight-part story arc (called Up, Up and Away) that encompassed both Superman titles. In addition, he began writing the DC title Aquaman: Sword of Atlantis from issues 40-49. Busiek was the writer of Superman for two years, before followed by James Robinson starting from Superman #677. Busiek wrote a 52-issue weekly DC miniseries called Trinity, starring Batman, Superman and Wonder Woman. Each issue (except for issue #1) featured a 12-page main story by Busiek, with art by Mark Bagley, and a ten-page backup story co-written by Busiek and Fabian Nicieza, with art from various artists, including Tom Derenick, Mike Norton and Scott McDaniel.

Busiek was given the 1998 and 1999 Comics Buyer's Guide Awards for Favorite Writer, with additional nominations in 1997 and every year from 2000 to 2004. He has also received numerous Squiddy Awards, having been selected as favorite writer four years in a row from 1995 to 1998,