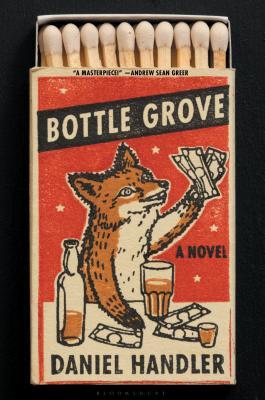 Daniel Handler is the author of the novels The Basic Eight, Watch Your Mouth, Adverbs and, most recently, the Michael J. Printz Honor-winning Why We Broke Up, a collaboration with noted illustrator Maira Kalman. He also worked with Kalman on the book Girls Standing on Lawns and Hurry Up and Wait (May 2015). Under the name Lemony Snicket he has written the best-selling books series All The Wrong Questions as well as A Series of Unfortunate Events, which has sold more than 60 million copies and was the basis of a feature film. Snicket is also the creator of several picture books, including the Charlotte Zolotow Award-winning The Dark, illustrated by Jon Klassen. His newest picture book is 29 Myths on the Swinster Pharmacy illustrated by Lisa Brown.


Born and raised in San Francisco, Handler attended Wesleyan University and returned to his hometown after graduating. He co-founded the magazine American Chickens! with illustrator Lisa Brown (with whom he soon became smitten), and they moved to New York City, where Handler eventually sold his first novel after working as a book and film critic for several newspapers. He continued to write, and he and his wife returned to San Francisco, where they now live with their son.


Handler works extensively in music, serving as the adjunct accordionist for the music group The Magnetic Fields and collaborating with composer Nathaniel Stookey on a piece commissioned and recorded by the San Francisco Symphony, entitled "The Composer Is Dead", which has been performed all over the world and is now a book with CD. Other Snicket titles include the picture book 13 Words (also in collaboration with Kalman), as well as Lemony Snicket: The Unauthorized Biography, The Beatrice Letters, Horseradish: Bitter Truths You Cant Avoid, and two books for Christmas: The Lump of Coal and The Latke Who Couldnt Stop Screaming: a Christmas story. His criticism has appeared in The New York Times, Newsday, San Francisco Chronicle, Chickfactor, and The Believer, where he is writing a regular column exploring the Nobel Prize in Literature titled What The Swedes Read. He has worked as a screenwriter on the adaptation of A Series Of Unfortunate Events, as well as the independent films Rick and Kill The Poor.

Current projects include a commission from the Royal Shakespeare Company on a stage musical in collaboration with songwriter Stephin Merritt, and a fifth novel for adults titled We Are Pirates (Feb 2015). He is also working on the continuing Snicket series, All The Wrong Questions, of which the newest is File Under: 13 Suspicious Incidents. The next book in the series will be Shouldn't You Be in School? (September 2014).