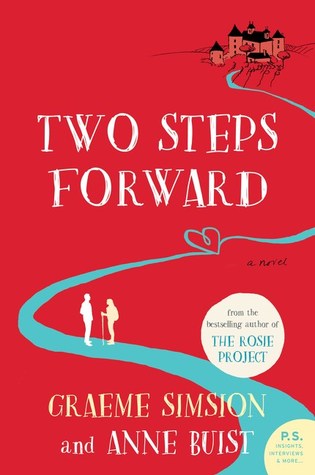 Graeme Simsion is a former IT consultant and the author of two nonfiction books on database design who decided, at the age of fifty, to turn his hand to fiction. His first novel, The Rosie Project, was published in 2013 and translation rights have been sold in forty languages. Movie rights have been optioned to Sony Pictures. The sequel, The Rosie Effect, is also a bestseller, with total sales of the two novels approaching five million.
Graeme's third novel was The Best of Adam Sharp, a story of a love affair re-kindled - and its consequences. Movie rights have been optioned by Vocab Films with Toni Collette attached to play the role of Adam's great lost love, Angelina.
Graeme's fourth novel, Two Steps Forward is a story of renewal set on the Camino de Santiago, written with his wife, Anne Buist, whose own books include Medea's Curse, Dangerous to Know and This I would Kill for. Movie rights have been optioned by Fox Searchlight with Ellen DeGeneris to produce.