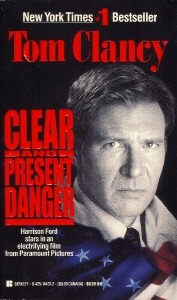 Tom Clancy was an English major at Baltimores Loyola College. As a Maryland insurance broker with a passion for naval history, his dream of writing a novel came true with his first effort, The Hunt for Red October (1984).

He since wrote more than a dozen novels, which have a blend of realism and authenticity, intricate plotting, and razor-sharp suspense. Ten of the novels, including The Teeth of the Tiger (Berkley, 2004), feature the character Jack Ryan, former stock broker and CIA employee.

He lived in Maryland.