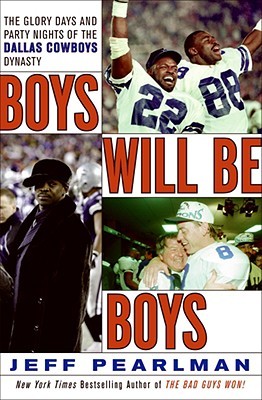 Jeff Pearlman is an American sports writer. He has written two books about baseball and was the author of the infamous John Rocker interview in Sports Illustrated. In October 2011 he released his fifth book, a biography of Walter Payton titled, "Sweetness: The Enigmatic Life of Walter Payton." It spent four weeks on The New York Times Best Seller list.

Pearlman was born and raised in Mahopac, New York. He got his start in journalism in 1989, when he interned at a weekly newspaper in Cross River, entitled "The Patent Trader". After graduating from the University of Delaware, he was hired as a food and fashion writer by The Tennessean in Nashville. In 1996, Pearlman was hired by Sports Illustrated, where he spent nearly seven years as a baseball writer.

In 2002, Pearlman left Sports Illustrated and spent the next two years at Newsday, but left to focus on writing books. He also keeps an unusually personal online blog, where he posts a weekly Q&A series, The Quaz, with athletes, politicians, actors, singers and many random people.

He was a frequent contributor to ESPN.com's Page 2, then as a columnist for SI.com. No stranger to controversy, Pearlman used his own website as a forum to call out the overzealous missionary goals of Tim Tebow's father as "pretty evil." In the fall of 2007, Pearlman wrote several controversial articles on Page 2 regarding the lack of a rivalry between the University of Delaware's and Delaware State University's football teams. The University of Delaware and Delaware State finally played a football game on November 23, 2007 at part of the NCAA Division I FCS playoffs. Delaware won the game with a score of 447.