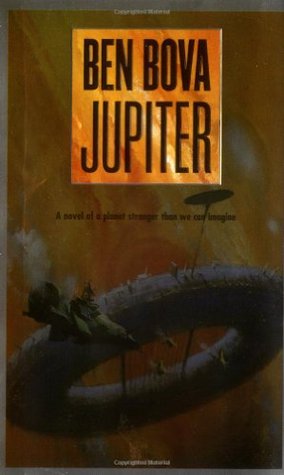 Ben Bova was born on November 8, 1932 in Philadelphia, Pennsylvania. In 1953, while attending Temple University, he married Rosa Cucinotta, they had a son and a daughter. He would later divorce Rosa in 1974. In that same year he married Barbara Berson Rose.

Bova is an avid fencer and organized Avco Everett's fencing club. He is an environmentalist, but rejects Luddism.

Bova was a technical writer for Project Vanguard and later for Avco Everett in the 1960s when they did research in lasers and fluid dynamics. It was there that he met Arthur R. Kantrowitz later of the Foresight Institute.

In 1971 he became editor of Analog Science Fiction after John W. Campbell's death. After leaving Analog, he went on to edit Omni during 1978-1982.

In 1974 he wrote the screenplay for an episode of the children's science fiction television series Land of the Lost entitled "The Search".

Bova was the science advisor for the failed television series The Starlost, leaving in disgust after the airing of the first episode. His novel The Starcrossed was loosely based on his experiences and featured a thinly veiled characterization of his friend and colleague Harlan Ellison. He dedicated the novel to "Cordwainer Bird", the pen name Harlan Ellison uses when he does not want to be associated with a television or film project.

Bova is the President Emeritus of the National Space Society and a past President of Science-fiction and Fantasy Writers of America (SFWA).

Bova has drawn on these meetings and experiences to create fact and fiction writings rich with references to spaceflight, lasers, artificial hearts, nanotechnology, environmentalism, fencing and martial arts, photography and artists.

Bova is the author of over a hundred and fifteen books, non-fiction as well as science fiction. In 2000, he was the Author Guest of Honor at the 58th World Science Fiction Convention (Chicon 2000).

Hollywood has started to take an interest in Bova's works once again, in addition to his wealth of knowledge about science and what the future may look like. In 2007, he was hired as a consultant by both Stuber/Parent Productions to provide insight into what the world is to look like in the near future for their upcoming film "Repossession Mambo" (released as "Repo Men") starring Jude Law and Forest Whitaker and by Silver Pictures in which he provided consulting services on the feature adaptation of Richard Morgan's "Altered Carbon".