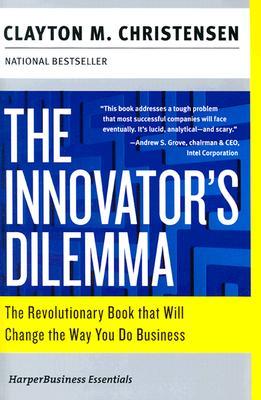 Clayton M. Christensen is the Robert and Jane Cizik Professor of Business Administration at the Harvard Business School, with a joint appointment in the Technology & Operations Management and General Management faculty groups. He is best known for his study of innovation in commercial enterprises. His first book, The Innovator's Dilemma, articulated his theory of disruptive technology.

Christensen was born in Salt Lake City, Utah, the second of eight children. He holds a B.A. with highest honors in economics at Brigham Young University (1975), an M.Phil. in applied econometrics and the economics of less-developed countries at Oxford University (1977, Rhodes Scholar), an MBA with High Distinction at the Harvard Business School (1979, George F. Baker Scholar), and a DBA at the Harvard Business School (1992).

Clay Christensen lives in Belmont, Massachusetts with his five children, wife Christine, and is a member of The Church of Jesus Christ of Latter-day Saints. He has served in several leadership positions in the Church. He served as an Area Seventy beginning in April 2002. Prior to that he served as a counselor in the Massachusetts Boston Mission Presidency. He has also served as a bishop. He speaks fluent Korean.