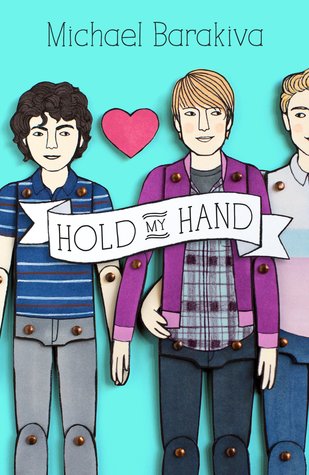 Michael Barakiva is an Armenian/Israeli theater director and writer who splits his time between the Hell's Kitchen neighborhood of Manhattan and Ithaca, NY with his husband, Rafael. He was born in Haifa, Israel and grew up in the suburbs of Central New Jersey, which were much scarier. He attended Vassar College, where he double majored in Drama and English, after which he attended the Juilliard School's Drama Division as an Andrew W. Mellon Fellow in Directing. He has been living in New York City since.

After graduating from Juilliard, Michael supplemented his directing stipends by working as Wendy Wasserstein's typist as well as assisting established directors, including Mark Brokaw and Chris Ashley. His notable directing credits include the premieres of WELCOME TO MY RASH and THIRD by Wendy Wasserstein, the first workshop of the 25th ANNUAL PUTNAM COUNTY SPELLING BEE, UP by Bridget Carpenter at the Oregon Shakespeare Festival, and a production of Anton Chekhov's THE SEAGULL at the Blue Heron Arts Center. Michael has directed regularly at Syracuse Stage as well as in and around the Bay Area, where he'd like to live one day because the lack of humidity is his idea of heaven, in spite of what it does to his hair.

Michael dabbled with writing in his twenties by translating/adapting classic plays he'd been hired to direct. Around the time he turned thirty, he lost two of his mentors (both writers) and found that writing was one of the few things that curbed the profound sorrow and grief. His first play, STRING THEORY, published by ConnotationPress (http://www.connotationpress.com/drama...), was co-written with Amy Boyce Holtcamp and Sarah Braunstein and performed at his alma mater, Vassar College. Around the same time, he began writing ONE MAN GUY at the encouragement of his inimitable editor, Joy Peskin. HOLD MY HAND, a stand-alone sequel, followed thereafter and he's currently working on a LGBTQ YA novel set in a light fantasy world, currently titled THE SEVEN.

Michael is also the Artistic Director of The Upstart Creatures, a theater ensemble he formed dedicated to throwing (meta)physical feasts. In May 2013, Michael and the Upstarts presented a day-long reading of their adaptation of John Milton's PARADISE LOST, complete with two gourmet, multi-course meals prepared and served by the company. They are currently in the process of adapting PARADISE LOST into a musical. www.upstartcreatures.com

In 2016, Michael became the Artistic Director of The Hangar Theatre in Ithaca, NY. A forty-three year old, 349 seat thrust theatre located in the Finger Lakes region, the Hangar produces original programming during the summer, as well as a family holiday winter show, and acts as a home to other performing arts groups in the area.

Michael has taught Advanced Directing at the National Theater Institute (NTI) at the Eugene O'Neill Theater Center, where he was married to Rafael Ascencio on May 26th, 2013. His an avid board-game player, and a member of the New York City Ramblers, the world's first openly-gay organized soccer club, where he was voted Most Improved Player in 2011.

He loves to cook, practices Iyengar yoga because he believes in alignment, loves New York City but would consider living somewhere else equally fabulous, and believes that the need for story is an integral part of the human experience.