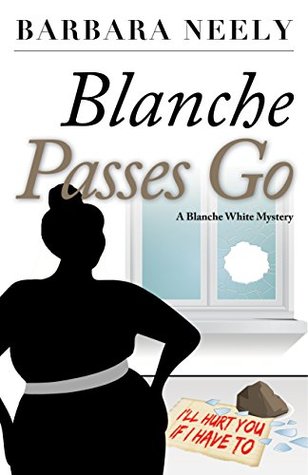 Barbara Neely was a novelist, short story writer, and author of the popular Blanche White mystery novels. The first book in this series, BLANCHE ON THE LAM, won the Agatha, the Macavity, and the Anthony -- three of the four major mystery awards for best first novel -- as well as the Go On Girl! Book Club award for a debut novel. The subsequent books in the series, BLANCHE AMONG THE TALENTED TENTH, BLANCHE CLEANS UP and BLANCHE PASSES GO have also received critical acclaim from both fans and literary critics. Books in the Blanche White series have been taught in courses at universities as varied as Howard University, Northwestern, Bryn Mawr, Old Dominion, Boston College, Appalachian State University, Washington State University and Guttenberg University in Mainz, Germany. Books in the series have been translated into French, German and Japanese.

Neelys short stories have appeared in anthologies, magazines, university texts, and journals including: Things that divide us, Speaking for Ourselves, Constellations, Literature: Reading and Writing the Human Experience, Breaking Ice, Essence, and Obsidian II.

Ms. Neely has also had an extensive public sector career. She designed and directed the first community-based corrections facility for women in Pennsylvania, directed a branch of the YWCA, and headed a consultant firm for non-profits. She was part of an evaluative research team at the Institute for Social Research, the Executive Director of Women for Economic Justice, and a radio producer for Africa News Service. For her activism Neely has received the Community Works Social Action Award for Leadership and Activism for Women's Rights and Economic Justice, and the Fighting for Women's Voices Award from the Coalition for Basic Human Needs.