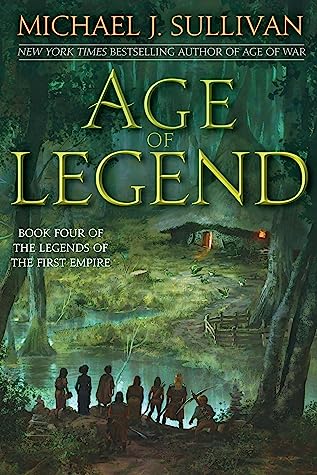 The next to last book in the Legends of the First Empire has just been released!

Pile of Bones (the new Suri and Minna short story) has gone live on Audible.com and will be FREE Until March 7th. Get your copies now!.

Thanks for visiting my page! Here are other sites where you can contact me.

I first opened the door to my imagination with typewriter keys while playing hide and seek and finding a black behemoth when I just ten years old. Serious writing started in my twenties, but after more than a decade trying to publish (and getting nowhere), I quit altogether. I returned to writing in 2004, and published my first novel with a small press in 2008. If you had told me when I started back up that I'd be a New York Times Bestselling author, have 85+ novels translated into 13 languages, and sold more than 1.4 million copies, I never would have believed you!

But now that we have that out of the way, let me tell you a bit about my books, which can be broken down into two main series.

THE LEGENDS OF THE FIRST EMPIRE: The foundations of Elan are laid by an unlikely band of misfits.

Since time immemorial, humans have worshipped the gods they call Fhrey, truly a race apart: invincible in battle, masters of magic, and seemingly immortal. But when a god falls to a human blade, the balance of power between men and those they thought were gods changes forever. Now, only a few stand between humankind and annihilation: Raithe, reluctant to embrace his destiny as the God Killer. Suri, a young seer burdened by signs of impending doom. And Persephone, who must overcome personal tragedy to lead her people. The Age of Myth is over; the time of rebellion has begun.


THE RIYRIA REVELATIONS & CHRONICLES: The best friendships are forged in blood.

They killed the king. They pinned it on two men. They chose poorly.
There's no ancient evil to defeat or orphan destined for greatness, just two guys in the wrong place at the wrong time. Royce Melborn, a skilled thief, and his mercenary partner, Hadrian Blackwater, are enterprising thieves who end up running for their lives when they're framed for the death of the king. Trapped in a conspiracy that goes beyond the overthrow of a tiny kingdom, their only hope is unraveling an ancient mystery before it's too late.