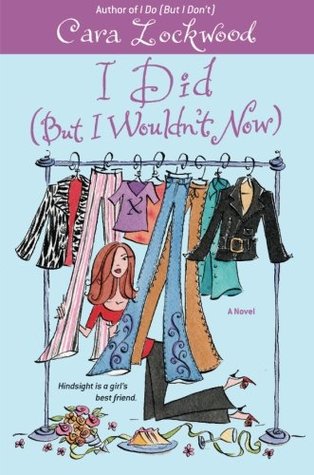 I'm the USA Today bestselling author of more than 17 books. I've written in a number of genres: chick lit, romance, suspense, paranormal and young adult. My debut novel, I Do (But I Don't) was made into a Lifetime Original movie.

I grew up in Mesquite, Texas, which for those of you who like livestock shows, is the home of the Mesquite Rodeo. Ironically, Mesquite was named after Mesquite trees, only none of them now exist in the city, which is about fifteen minutes east of Dallas. No, I don't own a pair of cowboy boots, although I do own quite an impressive collection of black shoes. My Dad is a third-generation Japanese-American, and my mom is a second-generation Texan who's mostly English, or at least claims to be because of her anglophile nature.

I went to school at the University of Pennsylvania, only I'm not sure how I got in. I think these days they only accept students who can solve String Theory. Anyway, I majored in English, and because my dad said "and just what are you going to do with an English degree?" I went to work for the school newspaper. After college, I spent four years as a newspaper reporter, working for an overly excitable editor who sent me running anytime the police scanner went off. I was working insane hours for next to no pay. I was actually sent to cover a grass fire on my 25th Birthday. Let me tell you, it smelled bad. I think some mice may have lost their lives. But that was about it in terms of excitement. Happy Birthday to Me.

So, I decided after I had taken to hiding from my editor in the bathroom at the office anytime the police scanner went off, that journalism probably wasn't for me. I went to work for a marketing firm and discovered that most everyone else didn't stay until ten o'clock every night writing up their riveting story about grass fires. I also decided that I would take advantage of that free time to write some fiction. That's when I started writing "I Do (But I Don't)." A year later, I finished it, thanks to the help of my friend, Shannon, who wouldn't let me slack off and kept asking me for chapters.

And that's how I became a writer. Except that it still feels weird to say, "I'm a writer." I keep expecting to wake up tomorrow and have to go cover another grass fire.

I'm currently divorced and live with my two daughters in Chicago, where I'm hard at work on my next book!