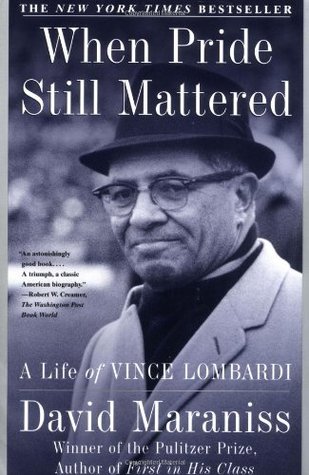 David Maraniss is an associate editor at The Washington Post and the author of four critically acclaimed and bestselling books, When Pride Still Mattered: A Life of Vince Lombardi, First in His Class: A Biography of Bill Clinton, They Marched Into Sunlight War and Peace, Vietnam and America October 1967, and Clemente The Passion and Grace of Baseballs Last Hero. He is also the author of The Clinton Enigma and coauthor of The Prince of Tennessee: Al Gore Meets His Fate and "Tell Newt to Shut Up!"

David is a three-time Pulitzer Prize finalist and won the Pulitzer for national reporting in 1993 for his newspaper coverage of then-presidential candidate Bill Clinton. He has won several other notable awards for achievements in journalism, including the George Polk Award, the Dirksen Prize for Congressional Reporting, the ASNE Laventhol Prize for Deadline Writing, the Hancock Prize for Financial Writing, the Anthony Lukas Book Prize, the Frankfort Book Prize, the Eagleton Book Prize, the Ambassador Book Prize, and Latino Book Prize.
"